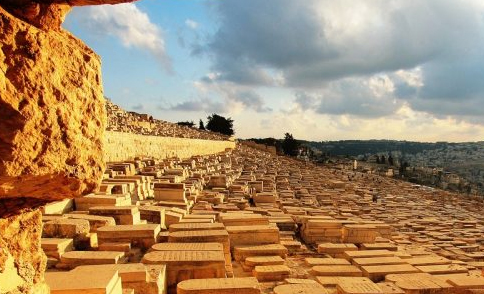 Assemble at Cochin International Airport at 01.00 Am, Check in Starts at 01.30 am Emirates Flight EK 533 Departs cochin at 04.30 Am Arrive Dubai at 07.05 Am .Connect Emirates Flight EK 927 departs dubai at 08.50 Am Arrive Cairo at 10.55 Am,. Meet by our representative. Lunch at Restaurant, Visit the world famous Egyptian Museum Then Proceed to Hotel for Check in. Evening Enjoy River Nile Cruise. Dinner on board. Enjoy the Different Shows on board .Transfer to Hotel. Overnight at Hotel .

Breakfast. Then proceed to the pools of Beit Hasda, where Jesus held the crippled man. And from there we take the Via Dolorosa (Way of Grief), traditionally accepted as the last route trodden by Jesus. Follow the 14 Stations of the Cross to Golgotha, the place where Jesus was crucified marking significant events along the route. You will see the Pilate's Judgments Hall, the Chapel of the Flagellation where according to tradition, the Roman soldiers scourged Jesus and placed a crown of thorns on His head the Ecce Homo Arch and the Convent of the Sisters of Zion. Early tradition held that Pontius Pilate stood here and thundered "Ecce Homo!" Which means "Behold the man?" Which is what Pilate said when he presented Jesus to the crowd. However, we now know that pagan Emperor Hadrian constructed the arch. Below the Convent are the Lithotrities where Jesus was publicly tried and where the Roman soldiers mocked him. The last 5 Stations of the Cross are inside the Church of the Holy Sepulcher visible from the distance with two silver domes. Also "The Tomb" widely believed to be the part of the stone that covered Jesus Tomb. Visit the Cenacle – Last Supper Room , the tomb of King David and – (the other upper room). Then we go to the Jewish quarter to the Wailing Wall, which is the holiest place for the Jewish religion. Lunch. Visit Ein Karem, located in the hills next to a little spring. This is the city of Judah and Birthplace of John the Baptist, son of Elizabeth & Zechariah and the Church of Visitation. Proceed to Jericho where we stop and view Qarantal,the traditional Mount of Temptation and Sycamore Tree It is also the place where Jesus stopped on this way to Jerusalem, on the Eve of the Passover and were Jesus cured the blind man during his stay at Zachaeus house Proceed to Dead Sea, the lowest point on earth (1305 ft. below sea level), again make a brief stop at a private beach and take the opportunity to float in the salty buoyant water, rich in minerals. Proceed to Bethania .Visit Bethania the Town of Mary, Martha and Lazarus. Visit Lazarus's Tomb. Back to hotel. Dinner and overnight at hotel

After breakfast, Proceed to Mount of Olives for a panoramic view of Jerusalem.Visit sanctuaries of Pater Nester Ascension. Walk along the Palam Sunday road down to the chapel of Dorminous Flevit where Jesus wept over eminent destruction of Jerusalem and Garden of Gethsemani. where Jesus prayed while Judah betrayed him to the Romans. Visit the Basilica of agony and Tomb of St. Mary. We also will visit the Church of St. Peter of Gallicantu, which symbolizes Peter's Denial of Jesus as he has prophesied at the Last Supper and then visit the traditional house of high priest, Caiaphas, where Jesus was imprisoned. Then proceed to Bethlehem to visit the shepherds field, which is located in the Judah province. It was here that the Angel announced the birth of Jesus to the shepherds of Bethlehem during the reign of King Herod. Also, here David tended his flocks until he was anointed King of Israel. Lunch. We then visit the Church of Nativity - the birthplace of Jesus and the City of David, Manager Square; Crusaders Cloister Grotto of St. Jerome. Then we visit Milk Grotto. Dinner -MIDNIGHTSPECIAL "X MAS" MASS in Bethlehem overnight Hotel

Check out the Hotel and Proceed to visit Madaba , where we will see the St. George's Church and some wonderfull works on the Marbles. Then after the Lunch Proceed to Mount Nebo. The trip south of Amman along the 5,000 years old King's Highway is one of the most memorable journeys in the Holy Land, passing through a string of ancient sites of Jordan, the memorial of Moses, and the presumed site of the prophet's death and burial place. From a platform in front of the church one can enjoy a breathtaking view across the Jordan Valley and the Dead Sea. Proceed to Airport to Connect the flight to Dubai.Check In starts at 01.55 pm Emirates Flight EK 904 Departs Amman at 04.55 Pm. Arrive Dubai at 09.40 Pm